Evidence Evolves! From CDIE to Evidence in Action 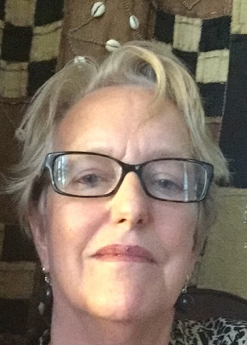 Twenty-five years ago I started a position as Research Manager within the Research and References Services (R&Rs) project, a contract that formed part of USAID’s Center for Development Information and Evaluation (CDIE). This position involved managing teams of over 20 research analysts covering all the Bureaus and sectors. The R&Rs team provided missions with literature reviews and research analyses through cables, and copies of documents through diplomatic pouch. The internet and email were new. One day John Erickson, then Director of CDIE, announced that he had successfully sent an email with an attachment. We all cheered. The library was part of CDIE as was a team of evaluation specialists and of course what is now called the DEC, which housed documents in hardcopy and microfilm. With CDIE, USAID was the recognized global leader in knowledge management for development. I am particularly proud of a series of papers on sustainable development my team produced to help USAID better define and operationalize that concept.

Fast forward to today when we have a wealth of technology to help us search for evidence to support our project designs, bolster our evaluations and build institutional learning. Despite these advances, I would argue that better technology has not created a culture of identifying, using and generating sound evidence. In fact technology can beguile us into thinking that we have done our due diligence. We are overloaded with information and can’t easily discern what is most relevant and of highest quality. We can google and find a few articles that bolster our assumptions about what works and doesn’t work. We rely on indicators available in our databases rather than using them as a springboard to ask questions about the complex causes of trends that affect our work, some of which may stretch back into history while others are so new that only messaging on mobile phones can capture them.

I’ve been working on the evidence base for our biodiversity conservation programming since joining the Forestry and Biodiversity Office in 2005. We’ve produced a research agenda for our sector and a number of great evidence products that cover both goals of the Biodiversity Policy: supporting effective conservation in priority places and integrating conservation as an essential component of development. Uptake of the evidence in some of these products has been high due to their integration into facilitated Learning Networks. Other products are recognized to provide quality evidence but uptake has been slower because programming decisions fall outside of the biodiversity sector. For example we demonstrate that working on wild capture fisheries is critical for food security in many areas. Despite this evidence, investment remains low.

After years of developing these evidence products we came to the conclusion that it is critical to support USAID staff to identify, use and generate evidence in their own contexts and for their own needs. Ideally we could go back to the CDIE model and provide “research analysis on demand,” but setting up such a service is daunting. (Hint: it would be a great investment for the Agency to make!) 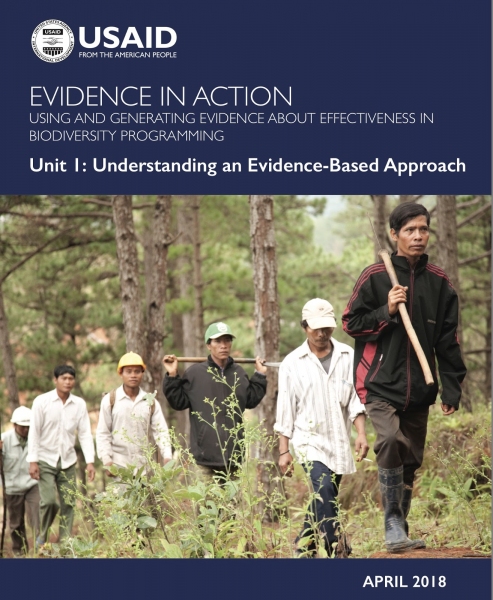 What we have done, through our Measuring Impact activity, is produce Evidence in Action, a resource for USAID staff to support an evidence-based approach to biodiversity conservation programming. We believe this resource will be valuable for all sectors; indeed taking an evidence-based approach to biodiversity conservation was inspired by efforts in medicine, public health, and education. It has achieved new urgency given the continued decline in biodiversity that may have pushed the earth beyond “safe” limits for biodiversity loss. This urgency means we must deploy conservation dollars effectively, building from and building up the evidence base.

You may be asking “what do you mean by evidence anyway”? How is it different from data, evaluation findings, knowledge management, learning, or action research? Evidence in Action can answer these questions and more. Evidence can be derived from any of these inputs to craft a body of facts to support or dispute a development hypothesis or theory of change.

But most critically Evidence in Action describes how we can adopt an evidence-based mindset that infuses our work, beefing up our due diligence as stewards of U.S. taxpayer funds and motivating us to move out of our cubes and into the stimulating community of evidence.