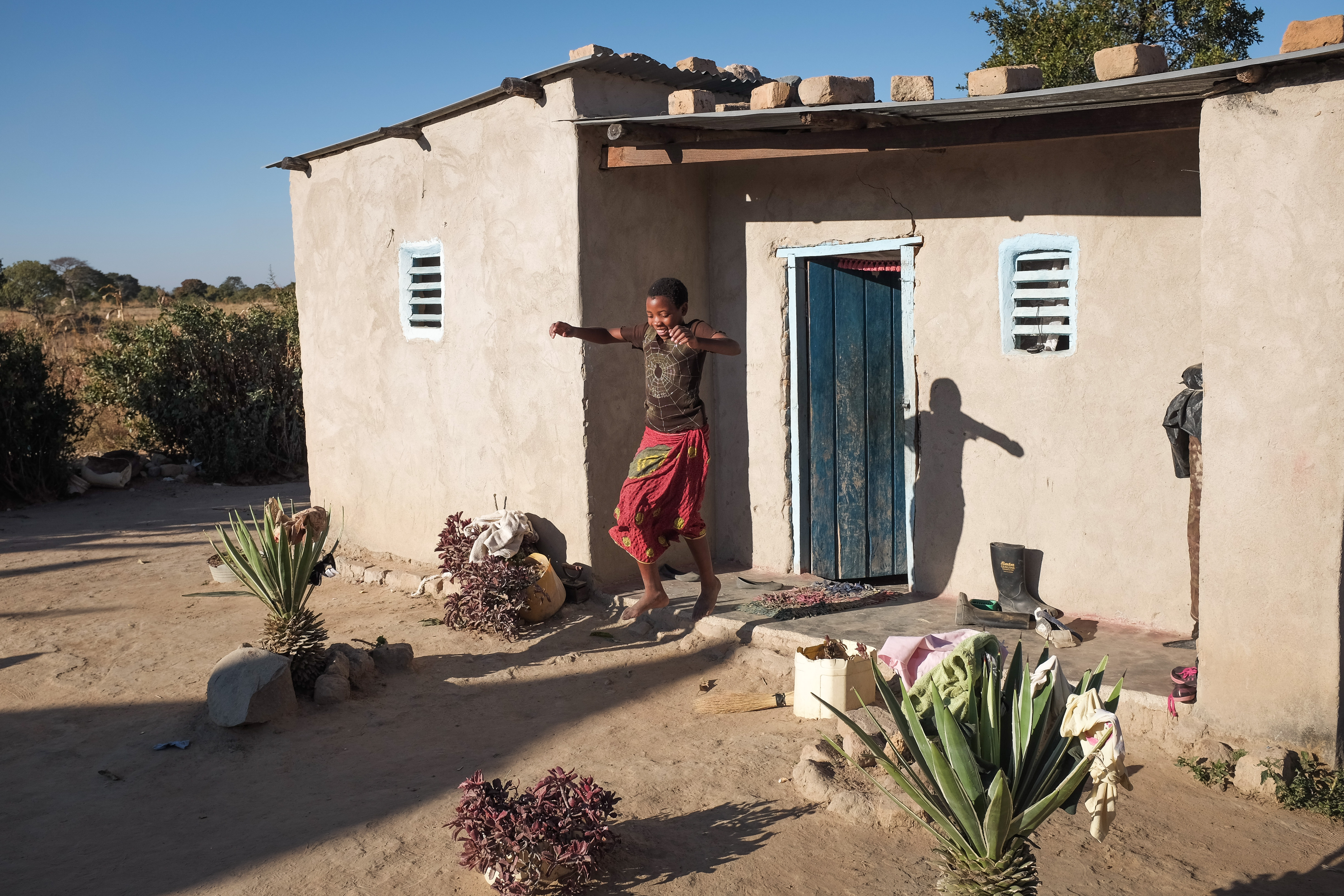 This blog post is a summary of a study entitled, “Deep Dive of Akros Community-Led Sanitation Program in Zambia.”

How can people be encouraged to take charge of their community’s sanitation needs and become self-reliant in latrine construction and use? Open defecation, which can lead to serious infectious diseases across the population and to stunting or even death in children, continues to be a problem in many countries. One approach to helping communities become Open Defecation Free (ODF) is Community-Led Total Sanitation (CLTS), which eschews the traditional subsidy approach in favor of building community self-reliance by motivating local residents to handle their own sanitation needs. In Zambia, the Ministry of Local Government and Housing (MLGH) embraced the CLTS approach in its Zambian Sanitation and Health Program (ZSHP) and set out to implement CLTS across the country’s rural districts with support from UNICEF and the UK’s Department for International Development (DFID). Along with Akros, a Lusaka-based implementer, ZSHP collaborated, learned, and adapted its approach to CLTS, ultimately making it more successful at ending open defecation and increasing self-reliance.

ZSHP’s CLTS approach was centered on training Community Champions to facilitate “triggerings,” which were two- to three-hour processes that included a “walk of shame” around the village to identify the locations where open defecation occurred. The village residents were encouraged to view open defecation not as an individual choice but instead as a problem that had serious health implications for all community members. Following the triggering, communities would usually decide to create a Sanitation Action Group, build their own latrines, set up hand-washing stations, and improve their overall waste management. No subsidies were provided for latrine construction under the CLTS approach, as it was designed to foster a sense of ownership and self-reliance among community members.

Akros, a Lusaka-based organization, came on as an implementer of ZSHP in 2014. To complement the CLTS approach, Akros developed a Mobile-to-Web (M2W) application that facilitated real-time monitoring of each community’s progress, speeding up the feedback loops between community members and government officials. After experiencing initial success, however, Akros realized that the improvement they had seen at first was not continuing. Akros decided to start collaborating with traditional leaders more intentionally and effectively, and once they did so, their success rates increased remarkably.

While Akros employees did not explicitly set out to incorporate collaborating, learning, and adapting (CLA) into their programming, the M2W component of the CLTS program in Zambia nevertheless integrated the principles of CLA into its programming, leveraging collaboration among community members, government officials, and traditional leaders to yield information about the sanitation status of each community, which in turn enabled Community Champions and traditional leaders to provide additional resources and attention to areas advancing more slowly, resulting in faster and more durable progress to ODF status in the treatment communities.

The case analysis deep dive on how Akros and ZSHP incorporated CLA into their work is part of an effort to examine the evidence base for CLA, conducted by USAID LEARN in support of USAID’s Bureau for Policy, Planning and Learning. It is the second of two CLA case analysis deep dives, the first one focusing on Global Communities’ response efforts to the Ebola outbreak in Liberia. Both of these studies adapted methods from contribution analysis, contribution tracing, and outcome harvesting to analyze corroborating evidence and alternative explanations of the outcomes.

Zambia’s ZSHP integrated CLA in order to achieve sustainable sanitation outcomes in rural districts across the country in the following ways:

COLLABORATING: In collaboration with UNICEF and the Government of Zambia under the CLTS program, Akros worked closely with community members, especially Community Champions and Sanitation Action Groups, encouraging them to take on the responsibility of making their community ODF without any outside funds for latrines or hand-washing stations. Akros improved the efficacy of this approach by working closely with traditional leaders, government officials, schools, researchers, the media, and other community groups.

LEARNING: In order to facilitate continuous learning about progress on the ground, Akros developed an M2W application that allowed for real-time monitoring and quick feedback loops. Akros also learned from a number of sources, including two evaluations, studies conducted by researchers (both internal and external to Akros), and staff members’ day-to-day experience.

ADAPTING: Akros incorporated innovative real-time monitoring into the CLTS program using its M2W app when data indicated a need for quicker and more accurate feedback loops. Akros also designed the “Chief App” to facilitate better utilization of the data by traditional leaders, who accessed the information using tablets and a simplified dashboard designed especially for them. Using the M2W data to track the performance of their headmen/women’s villages, the chiefs/chieftainesses adjusted their visits to villages, thereby using their scarce fuel more efficiently.

So, what can we conclude from this? The case analysis deep dive yields a number of insights into the specific contributions CLA made to the effort and the results. It suggests that strategic collaborations with government officials, traditional leaders, and community members led to greater feelings of local ownership, self-reliance, and in many cases, effective behavior change. Enabled by donor flexibility, and strengthened by a broad range of leadership support and participation, CLA approaches in this case incorporated innovative digital monitoring using the M2W app that led to better quality data and speedier feedback loops. Chiefs/chieftainesses and headmen/women were also involved in ways that supported development outcomes, thereby demonstrating how traditional leaders can be constructive agents of change rather than anachronistic obstacles to development.