Reflecting on Five Years of the CLA Case Competition

This fall, USAID’s Bureau for Policy, Planning and Learning and the LEARN contract announced the winners of our annual CLA case competition. This was the fifth year of collecting and judging case stories, and, over the years, we have learned a lot about Collaborating, Learning and Adapting (CLA) in practice. We have also learned about running an activity like this one and have found that it has had many more benefits than we had initially imagined. In this blog post, we’ll share some of the trends we’ve seen, the lessons we’ve learned, and challenges we’ve experienced in managing the CLA case competition. 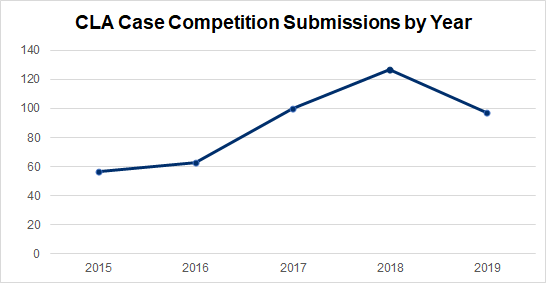 We have been pleased to see a good deal of diversity among the organizations submitting cases. Over the years, about one-third of the submissions have come from USAID Missions or Washington Bureaus, with an increasing number of those being joint submissions, where a USAID Mission and implementing partner prepare a case together. While most of the remaining two-thirds are submitted by USAID implementing partners, we also have a few submissions for work funded by other donors, like this one.

There is also diversity in the topics covered by the case submissions. While cases covering activities and organizations in Africa are the most frequent (over half of each year’s cases), the case competition database includes cases from all regions. The graphic below shows a cumulative distribution of cases across the map. 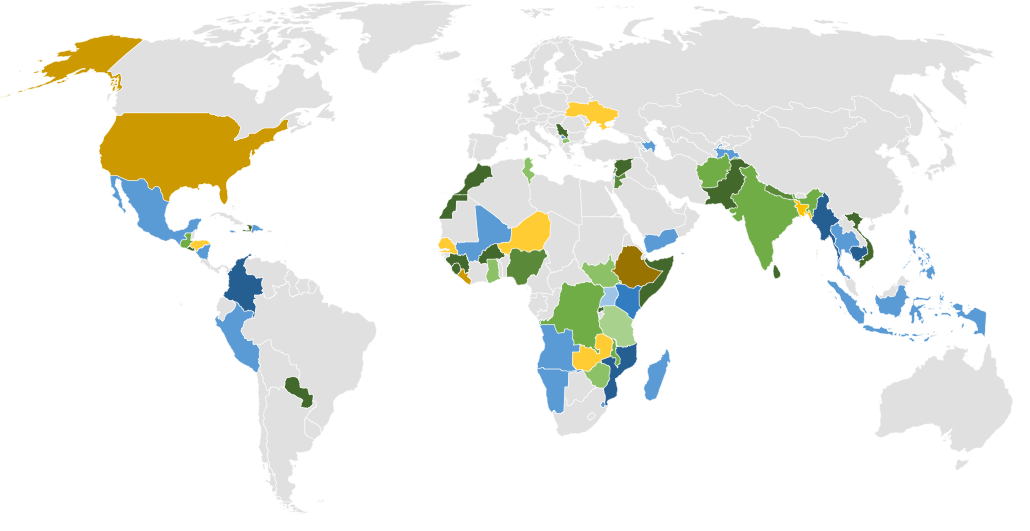 Additionally, the cases come from a variety of technical sectors. Agriculture and health are the most frequently represented, but there are a number of case submissions from all major sectors, including education, water and sanitation, democracy and governance, and economic growth, among others. Each year, we also see a number of cases that focus on operational issues, like this winner from the 2019 competition; that’s great because those cases often have a lot to say about the Enabling Conditions components of the CLA framework.

What we’ve learned about CLA. We started the competition in 2015 because we surmised that many USAID staff and partners were already practicing CLA, but we didn’t have a channel for hearing about it, or they weren’t calling their practices “CLA.” Submissions to the case competition confirmed that CLA was being practiced in a wide variety of contexts and programs, as we had imagined. The case competition also seemed to generate more interest in and a better understanding of CLA as the competition went on, as evidenced by the growing number of submissions and the increasing level of sophistication of the practices they described.

Several components of the CLA framework are more prevalent than others. In the cases submitted to the case competition, Collaboration and Adaptive Management practices were, by far, the most frequently described. Enabling Conditions components were included less frequently in the case submissions. Cases cited the Mission Resources, Scenario Planning, and Institutional Memory subcomponents the least. Does this mean that practices and approaches to these components are, in fact, practiced less frequently? Is less attention paid to them? Or, does it mean that enabling conditions are more difficult to write about? We haven’t explored the answers to these questions, but would welcome your thoughts or comments below.

USAID and LEARN have explored a number of other questions through two extensive analyses of the cases submitted through the competition. These analyses (find links to the full papers and briefers on this page) looked for patterns around how CLA practices and approaches contributed to organizational change and development outcomes. The studies’ findings included:

For more information about these and the other findings and implications, see the analysis from 2015 and 2018.

What we’ve learned about managing a competition. In the spirit of CLA, we continued to iterate on the process of launching and managing a competition over the years, in order to improve the utility of the cases and the integrity of the judging process. For example, we updated the entry form several times to clarify for submitters what judges were looking for and to emphasize the CLA aspects of the case (as opposed to the technical story). Over the years, we looked to better understand the implementation of Agency priorities through the case submissions. One year, for example, we requested examples of evaluation utilization, and last year, we added a question on how CLA supported self-reliance.  We also adapted the judging process, going from judging based on a set of parameters to assigning points to each response on the submission form.

There were a number of benefits to hosting a case competition, some of which we anticipated when we launched it five years ago, and some of which came as a surprise. As mentioned earlier, we had hoped to learn about the types of CLA practices and approaches that USAID staff and partners were using in their work and the variations in practice based on location, technical sector, and organization--and we did! We also hoped that the attention to a competition would help to promote increased understanding of CLA. Attention around the competition has grown. This past year, USAID Administrator Mark Green announced the winners in an announcement to USAID.

We have continued to realize the value of having an accumulation of case stories; the case competition database has become one or our most valuable resources, which we hadn’t anticipated. In addition to providing information to support the evidence base for CLA, USAID has drawn on cases from the database in reporting to Congress and other external bodies and in providing stories for events and written products. The value in having ready access to hundreds of examples of how development organizations are collaborating, learning and adapting can’t be overstated--we reference the database and stories all the time!

Finally, we have learned that managing a case competition takes time and resources. Resources, mainly in the form of staff time, are needed to promote the competition, do an initial review of submissions, judge the cases, reach out to winners and edit and post the cases to USAID Learning Lab. Running an effective competition meant ensuring that we had devoted enough staff time so that it could be done well.

Measuring the Unmeasured: Assessing the Value of Evidence for Social Impact

In Conversation with a 2019 CLA Case Competition Winner