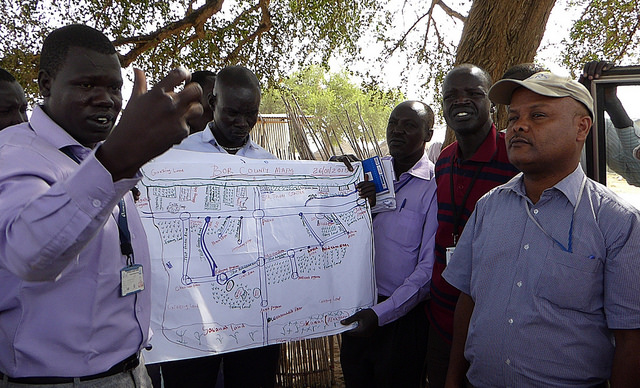 If there’s one thing I’ve learned working in development, it’s that everything changes, and good programs anticipate change and roll with it. As a Democracy Specialist in Washington, D.C., with USAID, I see a number of efforts underway to apply that lesson. In this post, I explore connections between Thinking and Working Politically (TWP) and collaborating, learning and adapting approaches. They both come out of the practice of development work, and can serve as important ways to make our efforts yield more successful change and more durable development.

TWP encourages active understanding of context in an ongoing way. It promotes programs that align with domestic momentum to generate reform and a willingness to work with partners to help navigate political obstacles. Practitioners build coalitions, frame issues, and shift incentives so that actors change their behavior in ways that unblock or enhance development results. They keep their finger on the pulse of how the politics around a result are shifting, and adjust their programming to new opportunities and new knowledge.

TWP and CLA are distinct, but putting them into practice is remarkably similar – and it is easy to pursue both at the same time. Among the similarities are several process steps, an emphasis on developing a different mindset, and a challenge to the typical pattern of who is the “we” who practices TWP and CLA.

Things That You Do When Working This Way

Both TWP and CLA place an emphasis on iterative ways of working, where periodic chances to reflect on what is working, as well as how the local system is changing, may result in adjustments to programming that make it more relevant to the issue at hand. They use language such as “pause and reflect” or “taking the pulse of the politics” as regular features of their work, building these moments into programming timelines and budgets, as well as expectations.

Both CLA and TWP also require skills around facilitation, listening and triangulating to make sense of diverse data, and cross-cultural communications to facilitate collaboration with a variety of actors.

Getting Past Method to Mindset

Both approaches depend on a culture of openness and curiosity, in which those striving for change remain humble and acknowledge their own uncertainty over exactly how to make change happen. They also require some inward attention to how a large group of people are coming together to make decisions, and the processes to allow them to collaborate meaningfully with each other and to present different opinions safely.

Each also requires a fairly explicit theory of change. Crucially, this does not mean the sense of a grand theory that is being applied to the specific case. Rather, it means a common understanding between USAID staff, implementers, and other allies and partners around how we expect change will happen for this issue, in this place, and what we are doing to catalyze or accelerate change. TWP and CLA work best when everyone involved understands how the different activities can contribute to higher-level results (in USAID terms, the Project Purpose). The theory of change may show up in work plans, portfolio reviews, solicitation documents, and more. Having a clear theory of change makes it much easier to learn quickly and to adjust as needed when our hypotheses or assumptions do not hold true.

This in turn implies a particular burden for USAID in modeling and promoting collective leadership. Because USAID is usually a powerful actor in any group with which we collaborate, we have a particular responsibility to embrace critical feedback, value different perspectives, and generally promote candor by being thick-skinned and appreciative. The CLA Maturity Matrix highlights aspects of the enabling environment – manifest through the interaction of culture, processes, and resources – that are essential to effective CLA, and the same considerations matter just as strongly to TWP.

Finally, and importantly, both CLA and TWP expect that our programming will work best where there is robust local ownership for the change process, and the related learning, among key local actors. TWP approaches presume that savvy local players with strong social capital and a well-honed ability to read between the lines are necessary to inform programming. CLA connects collaboration and learning by emphasizing the need for communities to come together to learn, not just through funding arrangements but as their own actors seeking change. In CLA terms, this might mean that the “locus of learning” that shapes the shared learning agenda moves outside of the Mission to reside among partners.

It is important to note that this is not a sort of magic that happens if local organizations are in implementation roles. The right local partners bring skills and knowledge that are important to effective CLA/TWP programming – but effective programming also takes steadfast leadership by the international actors working on the issue.

CLA and TWP are just two of the efforts to improve development programming, but they are similar and powerfully interconnected. Crucially, CLA provides a wealth of tools and information about how to strengthen internal and collaborative decision-making processes to make learning more useful, more timely, and more actionable. TWP places an emphasis on characteristics in the local context that explain why reforms progress or stagnate, and offers guidance on how to tease out and make sense of that context over time. Bringing the two together can greatly reinforce the practice of either one on its own.