Adapting: Why Not Now, Just Do It! 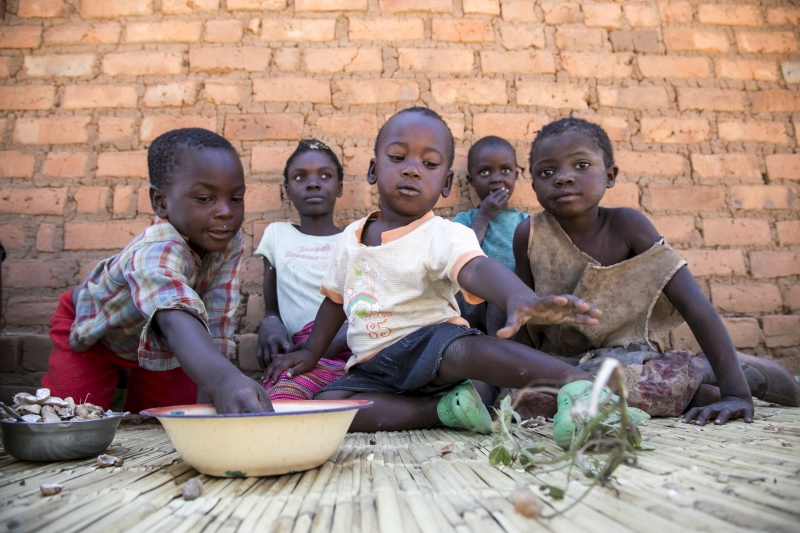 If adapting is the most difficult aspect of CLA (see this blog), how can we manage that particular journey? Unsurprisingly, there are many possible routes. This blog provides a brief overview of one approach that Catholic Relief Service’s United in Building and Advancing Life Expectations (UBALE) project team have been trying over the last few weeks in Malawi, and three key CLA lessons we learned.

To set the scene, UBALE is a multi-year Development Food Assistance Project in the most food-insecure region of Malawi. In conjunction with implementing partners, Save the Children, CARE and CADECOM, Catholic Relief Services is aiming to deliver support to 250,000 households struggling to sustain their livelihoods in complex, diverse and risk-prone environments. Our donor, USAID/Food for Peace (USAID/FFP), is very keen that we find ways to make collaborating, learning and adapting (CLA) a practical reality in food security programming so that UBALE responds to expressed needs.

Aid interventions, particularly those that seek to effect social transformation, are complex and dynamic. There is a recognition that programs that are more responsive to emerging signals of successes or threats, and that are able to learn and adapt have the potential to deliver improved outcomes and greater impact. This more iterative and responsive approach is reflected in USAID’s CLA approach to project design and implementation. The CLA approach is underpinned by good evaluative thinking (ET), defined as critical thinking applied in the context of monitoring, evaluation, accountability and learning (MEAL).

The UBALE project has over the last two years implemented a program to strengthen project staff capacity in ET. Sometimes changes in scheduling can be a bit disruptive, but by postponing the planned second round of ET workshops we were able to make way for an externally led joint mid-term review (JMTR). The new sequencing went like this: 1. May – JMTR; 2. June – Theory of Change  Review Workshop with USAID/FFP and Mission participation; 3. July – ET workshop series entitled ‘Seeking Evidence’ aimed at three specific audience groups, namely: field staff, senior program officers, and country leadership. The ET events used the June workshop as a springboard to advance revisions to the already amended theory of change, and then to use this output as the basis for developing learning plans for future follow-up.

How are things going?

First, the JMTR: Its function was as a formative assessment of the progress and quality of the interventions, while also critically reviewing the intended and unintended effects of the early program activities, whilst not losing sight of the food security objective of the program, intentionally looking out for any opportunities to make changes to the original plans. The tangible output of the JMTR were the many recommendations that surfaced, but with a large, very complicated, multi-sector, many partnered program, this came as no surprise.

But how to move forward?

Second, fast forward one month to a theory of change Review Workshop: Among the myriad JMTR recommendations was a suggestion to review UBALE’s original theory of change and to update the related causal pathway diagrams and, in so doing, to make explicit new assumptions as the basis for creating some new learning plans based on the updated theory of change. UBALE staff developed a two-day agenda, including time to consider how integrating the three main strands of intervention might occur, and the assumptions underpinning a more deliberate effort at cross-purpose integration. Key outputs arising from this process were:

Finally, well, not really, as this is ongoing, the ET series of workshops engaged different types of stakeholders, including those who had not been involved in the June workshop. Among other things, ET emphasizes the need for multiple perspectives, and offers a great opportunity to enable field-staff to inform the decisions taken at a higher level, as well as those who normally have a voice at the table. This second round of ET (the first round – Identifying Assumptions – took place last year), builds understanding and capacity around four key elements:

While the ET workshops were intentionally brief (three days for the first two audiences, and a half-day with leadership), they turned out to be both timely and practical. The work from the June theory of change Review Workshop was critically reviewed by both field staff and senior program officers, and the ET approach infused an emphasis on the need to look carefully at assumptions as the foundation for subsequent intentional learning planning. Such work would intentionally seek to validate (or not) the basis of the theory of change model. The product of these workshops was a set of draft learning plans. Very draft, but for many of the participants attending, the lightbulbs had been turned on regarding theory of change pathway models as the basis for collaboration, focused learning and adapting.

Depending on the complexity of the specific learning question and intended claims, it is UBALE’s intention that the learning plan drafts that were developed should now be refined and brought to a packaged ‘good to go’ state of readiness. The intention is then to implement each learning plan using either internal UBALE resources or, if bringing in external parties is deemed essential given the demands of the work involved, serve as a prompt for more detailed conversations with researchers. By chance, again fortuitously, as if to illustrate how this might work, the end of the ET workshops coincided with the presentation of a report by a Tufts PhD student on an earlier UBALE learning question concerning the project’s efforts to message the effects of aflatoxin to UBALE households.