How Restructuring and Culture Change Impacted Our Performance 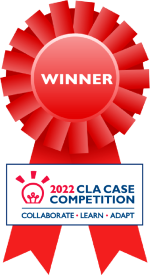 The Feed the Future Nigeria Rural Resilience Activity is a five-year USAID-funded program that seeks to facilitate economic recovery and growth in vulnerable, conflict-affected areas. It does so by promoting systemic change using a market systems development approach and strengthening the resilience capacities of individuals, households, communities, and market systems. The Activity is part of the United States Government’s global hunger and food security initiative aimed at giving families and communities in some of the world’s poorest countries the freedom and opportunity to lift themselves out of food insecurity and malnutrition.

After two years of implementation, the Activity's Budget Vs Actual (BVA) analysis was at 6 percent, and the time elapsed at 40 percent with 20 percent of the Life of Activity (LoP) targets achieved. To understand the reasons behind implementation challenges, the Activity leadership created a feedback loop with team members: the discussions highlighted that the current organizational structure impacted the performance of the team. The structure promoted siloed work and distrust among the team and impeded high-performing team members from carrying out their functions effectively.

As a result of the feedback, the Activity pivoted and restructured its organogram (a representation of an organization's structure in graphical form) to promote a culture of openness, continuous learning, and internal collaboration. By end of April 2022, exactly eight months after, the BVA stood at 57 percent on expenditure, 50 percent on time elapsed, more than 75 percent on scope. Furthermore, 75 percent of Life of Activity targets were met with very minimal change in the team composition as 95 percent of the team remained the same.