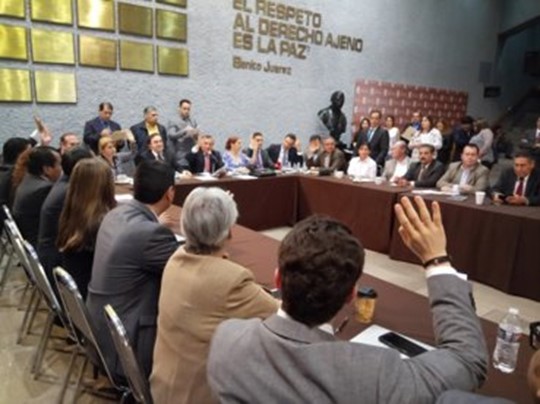 Building and supporting networks – whether for advocacy or sharing knowledge – is central to many democracy, human rights, and governance projects. However, while “network” is a term practitioners often use, it is rarely clearly or consistently defined.  At minimum, this undermines result measurements, but can also hinder effective program design and implementation.

To address this gap, the Evidence and Learning Practice within the International Republican Institute (IRI) designed an ex-post evaluation series to better understand networks, how they function and under what conditions they succeed in achieving their goals.

Developing consistent guidance on networks required, first, an Institute-wide definition. My team defined networks as, “a group of individuals or organizations that pursue a shared objective and interact with each other on an ongoing basis.” This helped us distinguish what was most relevant to IRI from other things that might also be called networks. For example, some teams are interested in mapping “social networks” to determine ties and relationships in a system or community. We did not include this in our definition because the type of support we provide is not applicable to such a group of people.  Examples of networks that do meet IRI’s definition include groups of journalists who share skills and experiences or a coalition of organizations that work together to conduct a get-out-the-vote campaign.

Even with an Institute-wide definition of “network,” there is a great deal of variation in how networks manifest. To account for this range, we developed a continuum that defines networks based on their objectives. At one end of the continuum are networks whose primary objective is to influence its members, which we call “support networks.” An example might be a group of women political party members who come together to share knowledge and learn from others’ experiences. Their goal is to share information within the network, rather than influence some actor outside the network. At the other end are networks whose primary objective is exercising influence outside the network. We call these “coordination networks.” If a group of women political party members work together to lobby their leadership for more female representation in party lists, we would consider them a coordination network rather than a support network.

We decided to employ a continuum because networks may be more focused on one objective or another but still have characteristics of both. We also found that networks can shift along the continuum over time. For example, a group of journalists might form a support network to learn from each other, but then some event, such as a media crackdown, might galvanize them to lobby for free speech protections. 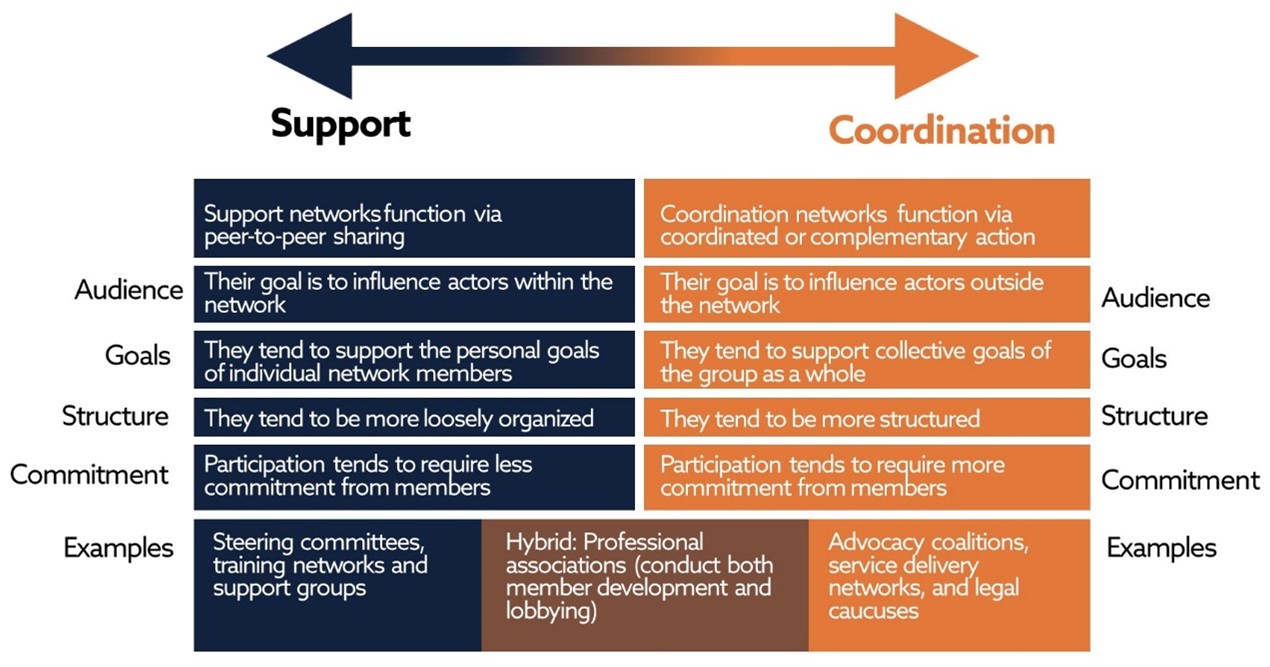 By identifying audiences, goals and structures, this continuum has helped IRI and partners demystify what we mean by “networks.”  To help staff identify a network’s desired impact, we created a basic results chain, pictured here, with the types of outcomes you would expect to see with different kinds of networks. This results chain can lay the foundation for a measurement strategy that aligns with the network’s goal. 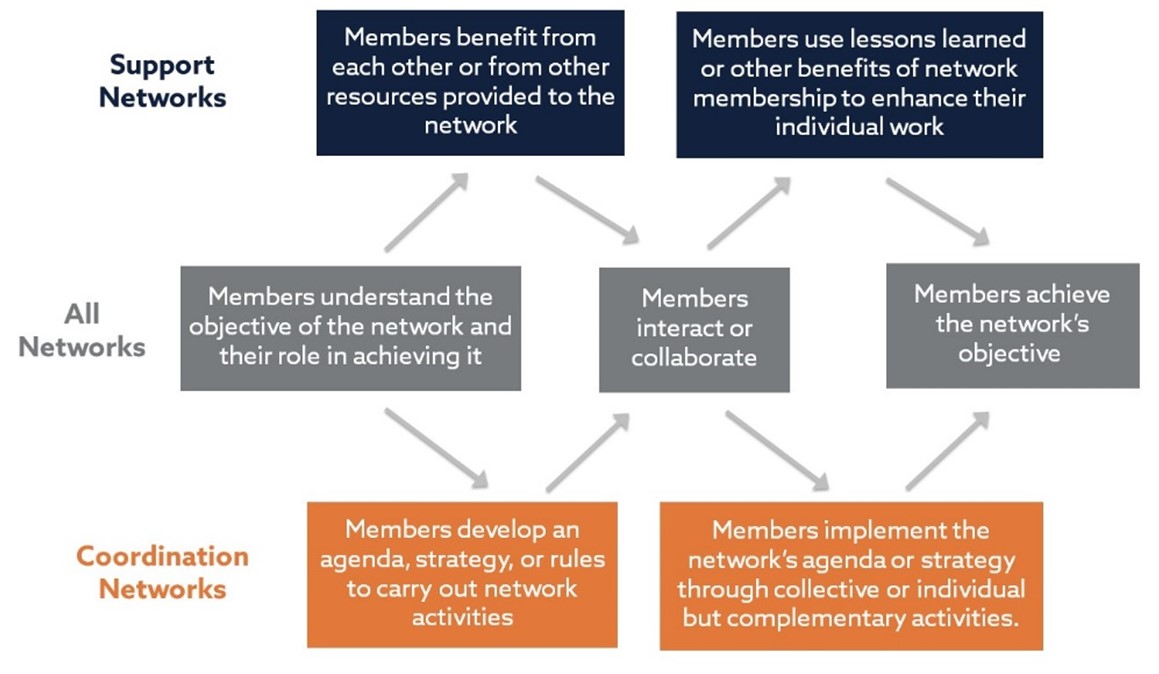 This results chain helps visualize the different types of actions we might expect from networks on opposite ends of the spectrum, helping organizations to design network-specific measurement strategies. In the past, teams working with a support network might have focused on measuring collective action, determining a network was not successful because collective action did not take place. By clarifying the goal and expected results, we can better understand that a support network does not have to act collectively to be successful because their goal is to influence members inside the network. In the same way, teams working with a coordination network might have previously focused on measuring learning from other network members and assumed a network was not successful because they reported not learning from each other. As shown in the network continuum, a coordination network does not have to include network members learning from each other because they may just each utilize their own expertise in a coordinated way to influence an external actor.

IRI teams have found these tools extremely helpful in designing programs that build or support networks to achieve specific goals. Using the continuum in program design sessions has helped teams better articulate the purpose of their network, as they now have a model and vocabulary to conceptualize network-centered interventions. Ultimately, this clarity at the beginning of a project contributes to better planning, design, decision-making, measurement, and learning.