No Power, No Water: Using CLA to Adapt to Lebanon's Unprecedented Water Crisis 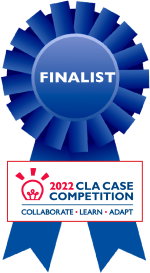 The USAID-funded Water Sanitation and Conservation (WSC) project aims to enhance conservation and protection of Lebanon’s water resources. When the political, banking, and socio-economic crisis in Lebanon reached an unprecedented level, the four Regional Water Establishments (RWEs) were unable to operate and maintain their public water, wastewater, and irrigation utility services which benefit about 86.5 percent of people in Lebanon. The sudden increase in fuel costs drastically undermined their ability to obtain or produce power to run their water and wastewater facilities.

To respond to the RWEs' immediate needs in maintaining and sustaining critical public services, WSC used the CLA process to quickly reshape and reframe its project intervention for Year 1 and 2. The technical evidence-based results and institutional knowledge gained from the WSC's predecessor project, Lebanon Water Project (LWP), generated lessons learned that WSC studied and used. In addition, strategic collaboration facilitated by a trusting relationship between USAID/Lebanon, the WSC project team, and the RWEs resulted in selecting solar power systems as a reliable and sustainable source of power for 22 water and wastewater related facilities.

Once the 22 solar power systems are installed, these interventions will reduce the RWEs' operation and maintenance (O&M) budget and save them an estimated $2.1 million per year collectively in fuel costs. WSC's CLA approach will help prevent many RWE facilities from being shut down due to fuel shortage which would have put over 173,600 households at risk of not receiving water or wastewater services. Finally, WSC's CLA process strongly supports USAID's Climate Change Strategy 2020–2030 by reducing greenhouse gas emissions in the estimated amounts of 6,318 tons of carbon dioxide, 1,441 tons of carbon, and 1,042 tons of nitrogen oxide per year.