This blog post is the first in a new Framing CLA blog series on USAID Learning Lab. Organized according to the subcomponents of the CLA Framework, the blog series features question and answer with development practitioners who submitted cases in the 2016 CLA Case Competition. This blog focuses on: openness.

USAID Learning Lab: What is your full name, title, and organization? 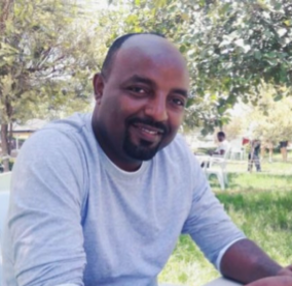 USAID Learning Lab: What was the development challenge you addressed in your CLA Case Competition submission?

Yirga: Mercy Corps implemented the USDA-funded, five-year Revitalizing Agriculture Incomes and New Markets (RAIN) program in the Acholi sub region of northern Uganda from October 2011 – October 2016 in a post-conflict setting where recovery from two decades of conflict has been marked by rapid economic and social shifts. The rapid decline in the presence of humanitarian agencies as a result of improved peace and stability consequently created a vacuum in which farmers struggled to access quality inputs, agricultural services, and markets for their products. The RAIN program had to revisit the realities on the ground and redesign program approach and strategies to create sustainable private sector led business models aiming to enhance smallholder productivity and profitability; improving business and trade performance of input and output markets; and expand access to agricultural financial services. This shift required the team to design their workflows to monitor and develop dynamically as markets developed and adopt a set of tools and systems centered on testing, learning from, and improving alterations throughout the program.

USAID Learning Lab: Your case is a great example of one of the subcomponents of the CLA Maturity Matrix: openness. Can you tell us about how this aspect of CLA helped you address this development challenge?

Yirga: Good leadership sits at the center of many of RAIN’s successes. Investments in building a collaborative, inquisitive team and promoting a culture of open communication made it possible to learn and adapt. Leadership also modeled coaching behavior and encouraged team members to mentor one another to such an extent that coaching and mentorship became norms within RAIN. Team members gave one another supportive criticism and advice, helping to improve one another’s critical questioning skills and the overall program’s ability to learn and adapt. The norms around coaching and inquisitiveness were reinforced by a culture of open communication and exchange. This culture of open communication and exchange built trust, helped team members feel valued, improved information sharing, and supported program shifts. Open communication and willingness to accept criticism were particularly important given how field-level learning is often founded on local storytelling and verbal communication: much of the most important knowledge was tacit, held in team members’ heads.

USAID Learning Lab: What advice would you give to another team looking to be more intentional, systematic, and resourced in openness?

Yirga: Intentional efforts must be made to build the right culture, including leadership modeling and on-boarding of the right talent. In this case, Mercy Corps country and program leadership focused on finding candidates who were inquisitive by nature and used creative recruiting techniques to achieve this, such as problem-solving scenarios during interviews and, occasionally, trips to the market to assess how well a candidate could observe and analyze context. Once candidates were on board, this inquisitiveness carried over into the team’s culture. The attentive focus on soft aspects of program culture and team management in the context of on-boarding of new staff and handover proved critical to maintaining one of RAIN’s strongest assets for adaptive management including the culture of open communication. Leadership’s role in modeling the right behaviors including openness for critiques, accessibility and maintaining less hierarchical structure are equally important.

USAID Learning Lab: Why did you choose to use a CLA approach?

Yirga: A CLA approach is especially useful for a market development program like RAIN that aimed to make change at the level of systems as well as individual farmers. As mentioned earlier, the program is implemented in a complex and dynamic post-conflict setting. As an agency, we strongly believe that there are no predefined and simple solutions to such complex problems. Hence it is apparent that during program award and startup we needed to better understand the context through research and assessments and made program alterations accordingly.

The learning and adaptation process has been an integral part of the program throughout the course of implementation. Use of a CLA approach has made RAIN one of the most successful programs in terms of reaching sustainable impact at scale reaching out more than triple fold beneficiary number compared to initial proposal using the same resources.

USAID Learning Lab: How did your holistic CLA approach influence your organization’s culture?

Yirga: As a learning global organization, Mercy Corps puts huge emphasis on the application of adaptive management principles. RAIN is among the programs that demonstrated this in practice with focus on building the right team culture and open communication. The foundation laid by RAIN has continued with other subsequent programs and new team members in the field office and other new offices. As one team member said, “Any new comer joining the team is very likely to be influenced and fit in well”. The country and program leadership acknowledges continuity of team’s culture over a period though there have been significant changes in the team with incoming of new members and movement of existing ones.

Yirga: Our CLA approach allowed for changes to be made as new information and opportunities were identified. The program redesign during startup to adopt a market systems approach enabled RAIN to significantly increase beneficiary numbers.

For instance, the most dramatic change was the increased vibrancy and integration of agricultural inputs and output markets in the area. By the end of the project, over 33,000 farmers were purchasing improved seed and other inputs from 151 local input dealers supported by the project. Many of the input dealers also became output buyers/aggregators, which strengthened output markets as well and helped them to reach much deeper into rural areas than had previously been the case.

When a mid-term evaluation revealed that increased income in households led to an increase in gender-based violence and other social problems, RAIN leverage funding for interventions focused on behavior change activities and empowering women.

Click here to learn more about the RAIN program.