How and Why LEARN has Adapted to Changing Contexts: Walking the Talk Part 6 of 6

This is the sixth and final blog in my series about the LEARN team’s experience with the six main components of USAID’s Collaborating, Learning and Adapting (CLA) Framework. As a refresher, here are links to the previous blogs:

There’s a common misconception that because “adapting” is the final word in “collaborating, learning and adapting” it is the end result we are shooting for. As is the case with collaborating as well as learning, adapting for its own sake is not the point. In international development, the end goal is always improved outcomes—whether it’s for our programs or our own team’s effectiveness. Adapting (and collaborating, and learning) is HOW we get to better results.

The ability to adjust and adapt—based on new data, information, and knowledge about a given situation, operating environment, or priority—is a universal survival technique. This can come as a result of failure, observation, or experimentation. This is as true in the evolution of our planet and our species as it is for my kids’ ability to outsmart me in my efforts to limit their access to the internet.

So how does the LEARN team adapt? As Chief of Party, my job is to create an environment—the enabling conditions—in which the team can thrive; as we’ve grown, this environment has evolved throughout the life of the contract. When we started, we were a team of 10 full-time staff. The people hired into the contract were selected by Dexis Consulting Group and its partner IRG as part of the proposal they wrote, and subsequently staffed after Dexis won the contract.

The roles were defined to meet specific technical areas of expertise, including organizational learning, knowledge management, communications, monitoring and evaluation, and platform management. When we were a team of 10, it was easy to manage a team of eager and talented, collaboration-minded folks. We had a “leadership team” of 3, and worked closely with everyone. 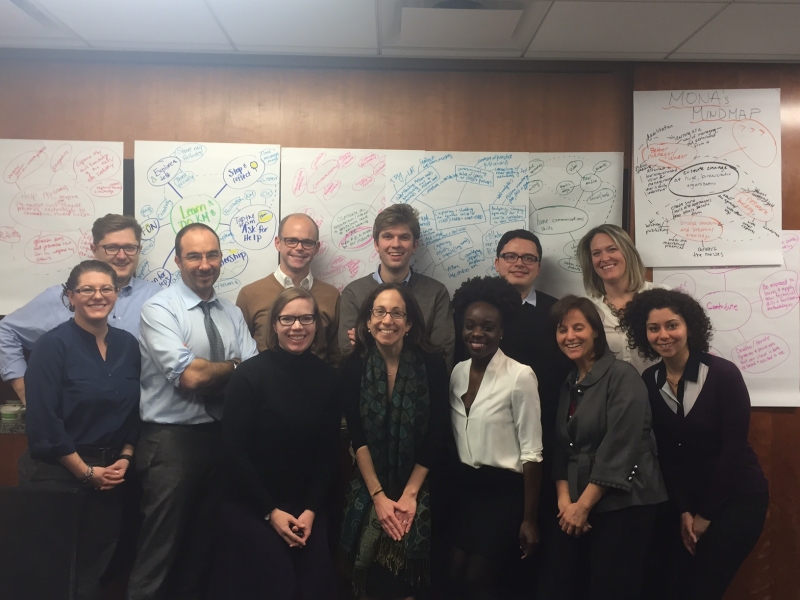 As we began to grow in response to increased demand, we struggled at times to be an effective leadership team. As we grew from 10 to 15 and then to 20 full-time staff, we evolved to have five technical work streams, and added a fourth person to our Leadership team (LT).

But at times, it felt like (a) we were beginning to see silos of expertise forming; and (b) all of the decision-making was being deferred to—and done by—the four of us on the LT. And yet we recognized the creativity, talent, drive and potential of folks across the team. How could we adapt our operating environment to better utilize this potential?

Upon reflection, the LT decided that what we really needed to do was incorporate more of our team into the day-to-day leadership of the contract. So we promoted internal leaders to manage each of the work streams, and empowered them to lead their teams and to be part of the decision-making and leadership of the team. This group became known as the new “Management Team” (MT), which included each work stream manager as well as the LT. 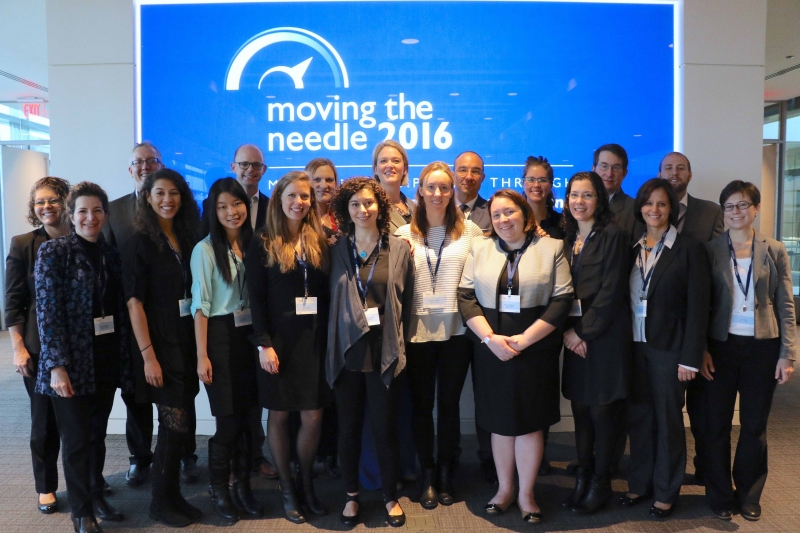 This worked well in one sense: it gave more transparency to management of the contract and the team, and allowed more voices into that process. But as we grew past 20 to 25, and then 30, this approach started to show signs of an unintended consequence: the managers were so good at leading their teams that the potential to be more and more siloed increased.

So, reflecting with the Management Team on this potential challenge, we adapted again to our current management approach, which focuses our work not on deliverables by specific teams, but rather on the cross-team deliverables to meet the three main Focus Areas of our work. These focus area teams are cross-functional, incorporating the expertise and ideas from across our work streams.

Cross-functional teams come with their own challenges. We have struggled at times with confusion, priorities, and reporting lines. But we’ve worked through them by taking the time to address the challenges as they’ve arisen. Overall, this approach has shown some really positive signs, including improved communication, improved and more informed decision-making, and a shared sense of accomplishment. A positive unintended consequence has been the increase in opportunities for individuals across the contract to gain experience in activities that were previously beyond reach because they weren’t in their direct work streams. What’s more, there’s now a shared sense of accountability and achievement across the team.

Why has this worked? Certainly not because LEARN’s Leadership Team are uniquely qualified visionaries (though I happen to think they are pretty rare talents with whom I’d be honored to work well into the future). The main reason that any of this adapting was possible is because as a team we had a clear collaborating, learning, and adapting framework in place that is open to reflection, experimentation, and making changes when things are not working. Before it became a real problem, people on the team were able to speak up, suggest changes, and try something new. This has helped us grow to our current—and ultimate team size—of 35. It is also worth noting that the LEARN contract was designed intentionally by USAID to be adaptable. The changes we have made along the way did not require contract modifications, and our semi-annual work plan cycle has allowed for frequent opportunities to pause and reflect, prioritize, and adapt as necessary. 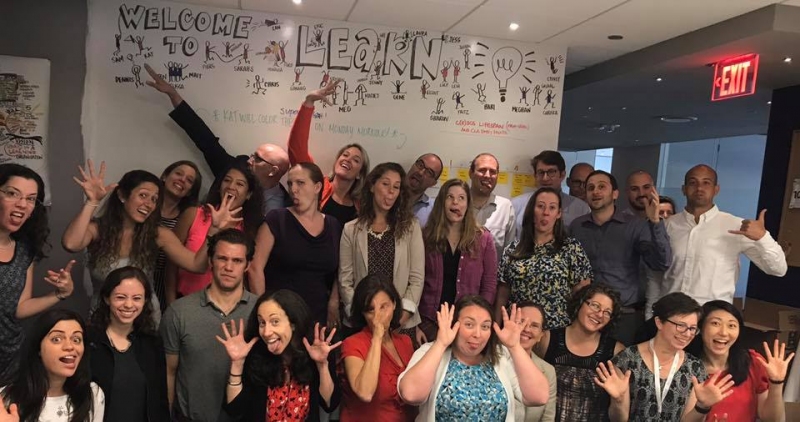 All of this (as I hope has been clear throughout this series) is predicated by the presence of a culture that supports a team that is flexible, open to change, and a shared commitment to our team’s success. And, as the title of this series implies, I believe firmly that by “Walking the Talk” of the CLA approach we are supposed to be helping the Agency integrate into its work, we are better positioned to deliver on that support.

And now, more than ever, USAID’s ability to intentionally and systematically adopt CLA approaches may actually prove to be a matter of survival. Missions, Bureaus, and the Agency itself are being threatened with dramatic funding cuts. Their ability to adapt and do more with less may determine the future of their very existence, and affect the lives of millions of beneficiaries of US development aid.

Thank you for reading and commenting on this blog series on Walking the Talk of CLA, I always appreciate hearing about my experience relates to your own work. And, keep an eye out for more reflections on leadership for learning in the future.